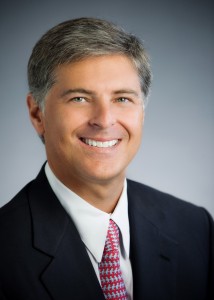 “My time in the chapter house helped me to realize my potential as a leader—and helped me to shape what type of leader I wanted to be.”

After Chris Nassetta ’84 joined the Psi Chapter of Sigma Chi, he was proud to walk around campus wearing Sigma Chi letters. He felt, that as an underclassman trying to find his way at a big school, being a member of the Psi Chapter made him feel part of a tight-knit community. “I was always taught that the company you kept reflects on your character, and the Sigma Chi brothers upheld a reputation as men with integrity,” he said.

Chris has taken the leadership skills and values he learned during his undergraduate experience and uses them each day in his professional career. Chris serves as the president and chief executive officer for Hilton Worldwide, leading a team of more than 300,000 individuals at more than 3,900 hotels across 90 countries. “My time in the chapter house helped me to realize my potential as a leader—and helped me to shape what type of leader I wanted to be,” he said.

Chris began his career in the hospitality industry working at the Capitol Holiday Inn in the engineering department. This experience gave him an early insight into the day-to-day operations of a hotel, which has helped him make many decisions over the years. In addition to working as the CEO of Hilton, Chris serves on multiple boards and organizations, including the World Travel and Tourism Council, The Real Estate Roundtable, and The John F. Kennedy Center for the Performing Arts.  Chris truly believes that his fraternity days at Sigma Chi helped him become the man he is today. “Being part of the fraternity helped me define my own values, which continue to guide my daily life both personally and professionally,” he said. “Sigma Chi built on the values instilled in me by my family and taught me respect, humility, and many other life lessons, and I had a blast in the process.”

Twenty years ago, Chris married his wife, Paige, whom he took to his senior prom many years ago. The couple has six daughters. While there isn’t a chance of any Sigma Chi legacies to follow in Chris’ footsteps, his second-oldest daughter is attending UVA next fall, so Chris is hopeful she will get to know some of the active brothers. “I’m really looking forward to seeing the school through her eyes and having one more reason to visit my old stomping grounds,” he said.