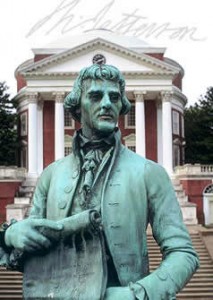 The Psi Chapter of the Sigma Chi fraternity has an illustrious history steeped in tradition, dedication, and honor. It was originally founded as the Rho Chapter on December 10th, 1860 by Brother George W. Williams and five other members. Unfortunately, only two of the founding members returned the following year, but ironically, it proved to be the turning point in this budding young chapter.

That winter, the two members initiated Harry S. Dixon, and from that point on, he dedicated his life to the brotherhood. As tensions mounted between the North and the South, the young members joined the ranks of the Confederacy. The United States was in a catastrophic state of disunity and upheaval, and Dixon had a fear that Sigma Chi would cease to exist throughout the South. In a heroic move, Dixon looked upon the ideals of which Emperor Constantine dedicated his life, the ideals of the fraternity, and created what came to be known as the Constantine Chapter. It was his goal to maintain the Fraternity in the South after the war, and to maintain the bonds of brotherhood between the opposing sides through one of the bloodiest times in our nationís history. It was this strength that carried Dixon and the members he initiated during the war through this trying time.

Sadly, the war had disorganized the Rho chapter at the University of Virginia, but at its close, Dixon and five other members returned. Almost immediately, in November of 1866, they reorganized as the Psi chapter. Even during reconstruction, and the poverty that accompanied it, Dixon sacrificed what little he had for the betterment of the chapter. This spirit continues, however, and his unending enthusiasm will always be a part of Sigma Chi.

The University of Virginia truly is a blessed and unique place, ìand there has been no better exponent of its best spirit than the Psi Chapter of Sigma Chi. (Fisher, 346). The members then, as well as now, are dedicated to their brothers, the fraternity, and the University as a whole. Psi continues this ceaseless dedication, for her honors have been many, and they have been won in every department of University life. (Fisher, 346). Furthering the ideals set forth by the seven founders, and constantly remembering the heroism of Henry S. Dixon, Psi continues in the pursuit of genuine brotherhood and the attainment of the principles of Sigma Chi. 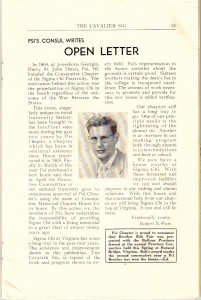 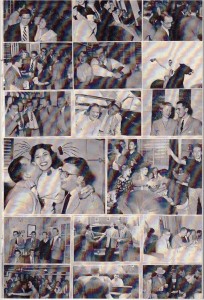 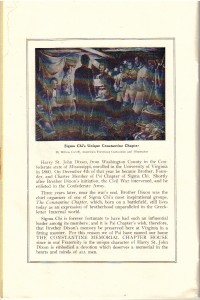 The original Psi Chapter newsletter, the Cavalier Sig, became the Constantine Sig 1951. Above are excerpts from a Cavalier Sig issue, including an article written by then Consul, Bob Fair ’50.